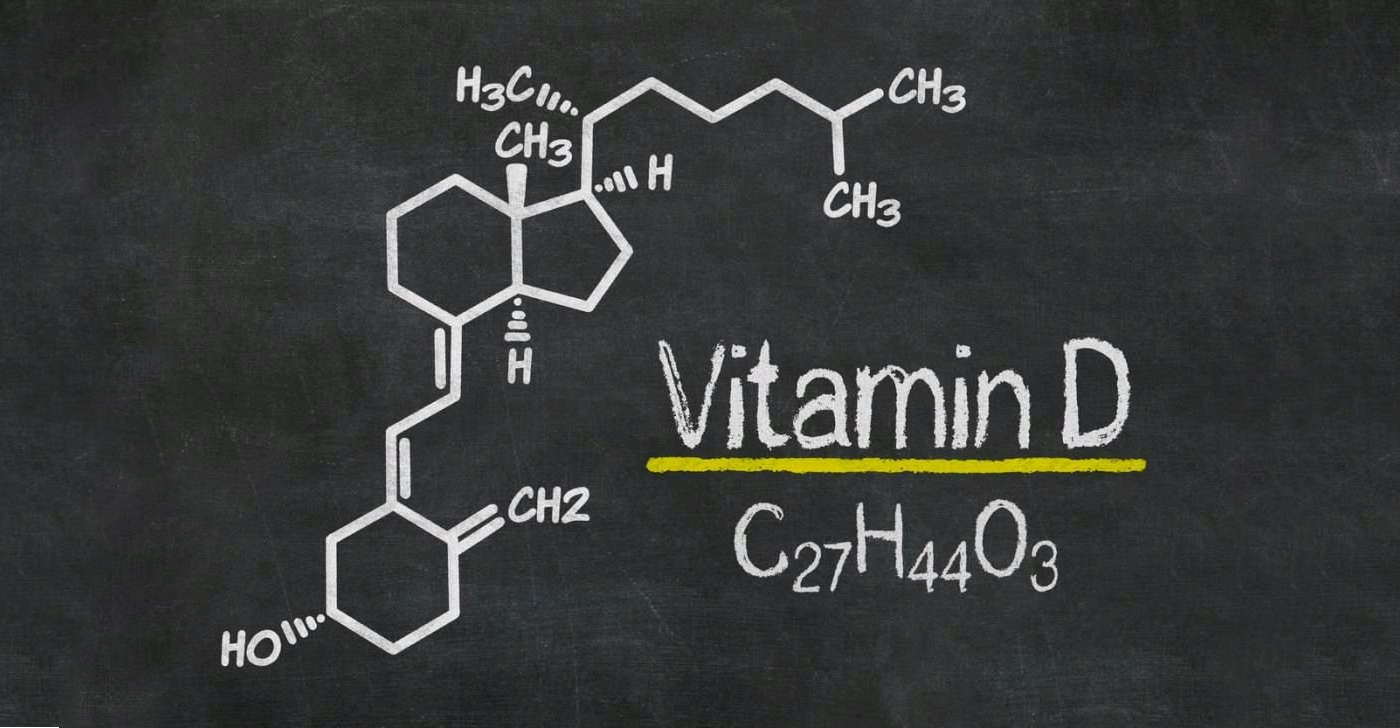 The protocol with high doses of vitamin D

The protocol of Dr. Coimbra, provides high dosages of vitamin D to combat many diseases. This new way of using D, exploiting its enormous potential for rebalancing the immune system, especially in autoimmune diseases.

The treatment method with high doses of vitamin D was developed by the neurologist Cicero Galli Coimbra. Several years ago, looking for new therapeutic possibilities in neurodegenerative diseases, Coimbra had the opportunity to know a great deal of scientific data concerning vitamin D, most of which was not used in the common clinical practice. He realized then that a large number of patients could have benefited greatly from the application of those data on themselves. So he began administering some rather high doses (10,000 IU) of vitamin D to patients with neurodegenerative diseases such as Parkinson’s disease.

His simple reasoning was: it is not possible that nature can spontaneously create a condition of toxicity with these doses, considering that the human body is able to synthesize 10,000 IU and more of vitamin D after about 20 minutes of sun exposure. Moreover, in recent years there was a common agreement among scientists on the revision of the old RDAs of 400/600 IU daily, considered mostly ineffective, in favor of 7000 IU, considered useful and safe dose.

One of the patients of Coimbra, suffering from Parkinson’s and who had been prescribed the dose of 10,000 IU, returned to control after several months showed, in addition to the improvement of clinical conditions, also the regression of some patches of vitiligo from which it was affected.
This was the starting point for a study of the immune system in relation to the effectiveness of vitamin D in autoimmune diseases. In fact, this substance is a powerful regulator of the immune system, able to calibrate the function of thousands of genes in each immune cell.
Coimbra began to experiment on all patients with autoimmune diseases the administration of 10,000 IU of vitamin D3 , finding more or less great benefits, but realized that this dose did not affect the course of the disease. Then he tried to gradually increase the dosages, adapting them to the individual resistance of the patient monitored on the value of the parathormone (PTH).

The neurologist used an initial dosage modulating it after a few months (ie increasing or decreasing it). ) based on the PTH value, which should be around the lows of the range.

The importance of parathormone measurement (PHT) for D and calcium

Substance secreted by Parathyroid glands, PTH regulates calcium metabolism and acts as an interface of vitamin D; the higher the latter (as a blood value), the lower the PTH. This lowering by the vitamin D level is the end result of a chain of events that include all the processes of activation of the latter (hydroxylation, transport, activation of VDR receptors, etc.); the last of these is the reduction of PTH, reflecting the full activity of vitamin D.
One thing to avoid is that PTH falls to such low levels that it is undesirable: this event would lead to the risk of calcium depletion from the bones, with consequences
dangerous for the skeleton and the kidneys. Therefore, if PTH is not suppressed we can be sure that the high doses of vitamin D administered are not toxic.

We must also know that blood calcium influences PTH even more than vitamin D. Therefore, by adopting the calcium restriction diet necessary to avoid a possible hypercalcaemia (given the high amount of vitamin D used), we must check that it is not excessively poor in this mineral.
This measure is necessary to avoid that any hypocalcemia stimulates too much the blood value of PTH; in this case this would depend much more on calcium and little on vitamin D, distorting the interpretation of the results. So if a patient adopts a diet that is too low in calcium, the blood PTH will rise to restore the normal level of calcium, while if you take a diet with too much calcium PTH will lower independently of vitamin D, thus giving a false result for the purposes that is intended.

The outcomes of the protocol

With this protocol the autoimmune diseases, according to the experience of dr. Coimbra and other physicians who apply it – including myself – can go into emission, that is, stop their progression, approximately in 95% of cases, in which the disease remains silent, without new signs neither clinical nor radiological progress. /> Obviously the subjects that have already manifested serious and inveterate damages affected by their diseases, while having benefits or stopping the progression of the disease will retain the deleterious results.
Instead, in about 5% of cases you can see some small improvement but not to the remission of disease .
The causes of poor responsiveness to vitamin D can only be hypothesized. The most important of these is represented by high levels of stress. In fact, this condition can directly and negatively affect the disease, as recent studies testify.
Other elements less important than stress are cigarette smoking, the habit of consuming alcohol, baths that are too hot and frequent infections, both urinary and other. These conditions, if present, can continue to exacerbate the evolution of the disease, independently of vitamin D as well as
from other traditional therapies.

To whom the protocol

The protocol of dr. Coimbra is suitable to treat all autoimmune diseases, as it is not specific to one of them but serves to regulate the immune system physiologically, interrupting the often devastating autoimmune reaction. During the execution of this protocol the immune system increases the share of the so-called regulatory T lymphocytes, which balance the whole immunity of the organism and, at the same time, inhibit the hyperreactivity of Th17 lymphocytes, responsible as we have seen of the autoimmune response . Following both these actions, the disease goes into remission and the patient, if he has not received serious damage before, becomes able to lead a full and normal life. In fact we must consider that in individuals suffering from progressive disabling pathologies, such as multiple sclerosis or long-standing rheumatoid arthritis, the aforesaid diseases may have caused almost irreversible damages such as paralysis in the first case or the joint deformities in the second .

In these cases, stopping the progression of the disease or provoking its remission does not mean that the old symptoms that are now structured can disappear, but vitamin D is, in any case, able to bring benefits and improvements, especially on fatigue and inflammation in all its forms. Generally the much more recent symptoms, at least less than a year, may be susceptible to regression.

Obviously this protocol does not lead to a cure but to a constant remission of the disease and symptoms for an indefinite time. until you continue to follow him. This does not necessarily mean that it should be continued throughout life. We can think and hope that the immune system, over time, “forgets” its autoimmune past and proceeds with regularity, so that we can do without high doses of vitamin D.
Further studies are underway but, for the moment, we can be content with the remarkable results obtained.

The protocol with vitamin D also requires other supplements, as we said earlier, such as magnesium, the mineral from which the enzymes that convert and activate vitamin D are largely dependent; and as magnesium deficiency is difficult to diagnose, despite its blood values, it is very useful to provide a full and constant supplementation of this fundamental element.

Of other supplements, such as vitamin B2 ( important for the hydroxylase enzymes that mark the stages of activation of vitamin D), omega 3, zinc, selenium, vitamin K2, folic acid etc. we talked before.
We just have to remember that every autoimmune disease needs an adaptation of the therapy and its dosages.

High doses of vitamin D used in this protocol they can be considered toxic for conventional medicine, but it must be considered that they are not prescribed for a healthy person, characterized by a normal metabolization or without a particular resistance to vitamin D. Individuals suffering from autoimmune diseases, however, they need high doses and, to avoid any risk, as previously mentioned, they must undergo a diet with calcium restriction and, above all, an abundant hydration (with at least 2.5 liters of water or liquids a day) necessarily using a water with a low calcium content. In addition to this they must be closely monitored by a physician experienced in this type of protocol and periodically perform blood tests related to phospho-calcium metabolism. All these measures must be taken to protect the kidneys, which could otherwise suffer. It is also necessary for these patients to make aerobic-type physical movement to maintain normal bone mineralization by monitoring the skeletal or with periodic densitometries because, in the long run, inactivity and high dosage of vitamin D administered could lead to greater bone demineralization.